The Economics of Going Green – Green Bonds That Is

Back in April I discussed how Canada is uniquely poised to become a renewable energy superpower: “windmills circling Hudson’s Bay might power the North American grid, the Bay of Fundy holds more power than a fistful of nuclear reactors, and geothermal could transform the way we heat and cool our buildings” (Rand 33). This is a position that could ensure Canada’s status as the next global super power, as it is one backed by “cold, hard economic interest,” because the country that seizes “the lead in the green technology market will get rich. Green technology exports and cheaper renewable energy in an age of rising fossil fuel prices will do wonders for the Canadian economy” (Edmonton Journal). In order for this future to be realized, however, there needs to be investment in developing renewable infrastructure right now.

Indeed it seems that this has become a general consensus, as Canada (and many countries globally) has implemented an environmental action plan. The Government of Canada has committed itself to long-term greenhouse gas and air pollutant reductions (60-70% by 2050), but the renewable energy infrastructure that will help achieve this goal is not yet in place (Rand 33). 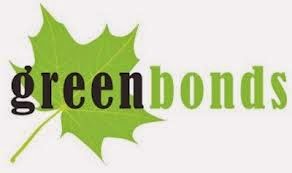 Enter Green Bonds! Green Bonds are a very good place to start to help invest in this infrastructure and work towards achieving this goal. As the rise in investments in the Green Bond market display, the majority of Canadians are in support of this initiative: “The worldwide market for green bonds in the last year has doubled” (Canadian Press). In 2013 $3 billion in Green Bonds were sold, whereas in the first six months of 2014, “the sum was about $20 billion, nearly twice as much as in 2013 as a whole” (Economist). The research group Climate Bonds Initiative estimates that the cumulative value of green bonds will be “around $50 billion by the end of 2014” (Economist). Although this figure is “tiny compared with the total size of the bond market ($80 trillion),” as a “[stream] of income for environmental purposes, it is huge” (Economist).

What exactly are Green Bonds?

First things first, what are Green Bonds? Green Bonds are a “government-backed financial instrument designed to engage the public by raising capital to accelerate renewable energy production” (Rand 47). The concept revolves around lending “capital at low rates to energy producers who choose renewable methods of production” (Rand 33). Similar to a Canadian Savings Bond, Green Bonds are a government ensured safe investment with a reasonable interest rate, but the proceeds go towards exclusively financing approved environmental projects.

Why do we need Green Bonds?

The Canadian Green Bond initiative is a temporary solution to a difficult problem in sustainable advancement. The problem that exists with the renewable sector in Canada is that renewables are seen as new technology, and therefore as a higher-risk investment. Any capital cost is then quite high; however, even with high capital costs, the operating costs are quite low, which make them “perfect for a low-cost debt solution” (Rand 33), and Green Bonds give renewable energy innovators access to this low-cost debt.

As Tom Rand[1] eloquently points out,

If I want to build a coal plant today, I can borrow from the bank at a super-low rate. Why? Because commercial banks are comfortable with coal; it’s been around a long time. It’s safe. If I want to build a commercial-size bio-gas plant, or an industrial scale tidal plant, the rate at which I have to borrow is really high” (Rand 33).

This means that renewables face a significant disadvantage.  Green Bonds, however, are a way to “address that market gap by supplying cheap debt to qualified companies for qualified technologies" (Rand 33). As low-cost debt, Green Bonds reduce “the cost of renewable energy production, making it competitive in the short-term” (Rand 47).

Green Bonds, according to Rand, are therefore “one of the cheapest and most effective ways for the government to reduce carbon emissions” (Rand 47), and are therefore a significant step towards innovation and competition for a leading advantage on the renewable energy global market. Moreover, Green Bonds also engage fellow Canadian citizens in the development of the renewable energy sector within Canada.

What are Green Initiatives that Green Bonds Finance?

What is currently needed as Green Bonds grow in popularity is a policy to determine what initiatives can be funded by Green Bonds. The difficulty lies in the fact that there is no unifying agreement on what constitutes a green initiative. Some view nuclear power, fracking, and Carbon-Capture Storage (CCS) as green initiatives, while others do not. The market does not have a singular definition of green, but as The Economist points out, it doesn't need one; what it does need is “to strike a balance between accepting anything (which would dilute the attraction of green bonds as instruments to diversity climate risk) and being so strict that hardly anyone can meet the criteria” (The Economist).

So far in Canada, Green Bonds have been used to fund “a variety of projects, depending on the level of government and its objectives, including public transit, renewable energy, and energy efficiency” (Sustainable Prosperity). Ontario has actually issued Green Bonds to help fund public transit expansion (Canadian Press). Green Bonds are not only issued by the Government, but large multi-national corporations have also tried to get in on the green while the going is good, for example, automotive giant, Toyota, sold a “$1.75 billion bond […] to finance sales of zero-emission cars” (Economist). Where the next bulk of Green Bonds will come from is anybody’s best guess. 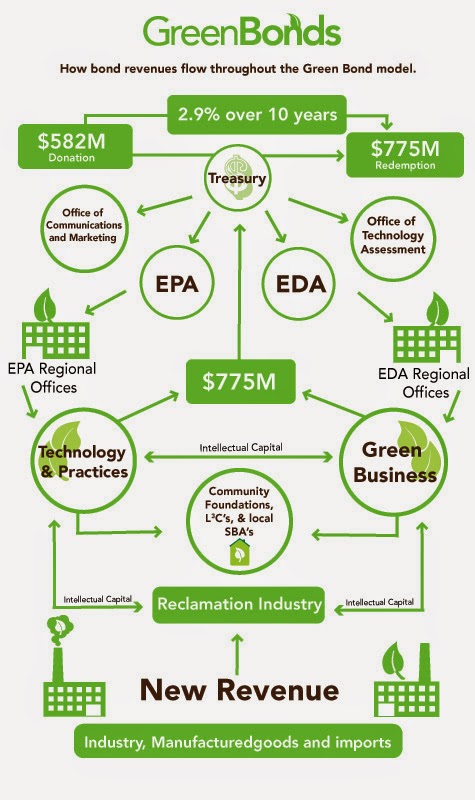 The effect of Green Bonds on FDI

According to The Economist, Green bonds also “attract new investors.” Traditionally large financial corporations, like the World Bank, issue such bonds and other ‘official bodies’ purchase these bonds, usually about 75% (Economist). Green Bonds, however, have been proving to be a completely different sort of investment and they are attracting different kinds of investors:

When Unilever, a consumer-goods company, issued a £250m ($416m) green bond in March, 40% of the issue was snapped up by people outside of Britain – an uncommon response to a sterling bond […] when the AfDB (African Development Bank) issued a green bond last October, asset managers, insurers and pension funds took over 70%” (Economist).

Green Bonds are therefore attracting investment from major corporations (both national and international), as well as well as citizens and both foreign and domestic venture capitalist investors; they are therefore becoming a lucrative source of Foreign Direct Investment (FDI).

Ultimately Green Bonds are not meant to be a permanent solution; they are meant to “fill a temporary market gap until a carbon pricing signal can take over," but, for now, Green Bonds will "accelerate the rate at which we build our renewable infrastructure” (Rand 33). So if you are considering a lucrative financial investment this year, why not think green? The excitement around these bonds is justified, as Green Bonds are a good way to invest in our future: the future of our country’s economic prosperity, the future of our own wealth with the return on our investment, and the future of our environment for generations to come.


[1] Tom Rand is an Action Canada Fellow, a Clean Tech venture capitalist, and one of the brilliant minds behind the initial concept and proposal of Canadian Green Bonds – the others are Action Canada Fellows Andrew Sniderman, Emily Paddon, Ben Fine, and Oliver Madison (Simpson).

Posted by Everest Management at 13:01 No comments: